x
Located in Plaza Midwood on Central Avenue, Dish Restaurant serves up eclectic southern comfort food in a building which once housed one of the area’s best known Chinese restaurants, Ho Toy in the 80’s and early 90’s.  Dish serves up many of the things you’d expect in a restaurant serving comfort food from pork chops to chicken and dumplings to chicken livers.  They also serve some items you might never expect in a comfort food joint like Cajun veggie loaf sliders, the Mediterranean platter and burritos.
When I sat down at the bar I asked the bartender what’s most popular and was told that the chicken and dumplings ($8.99 “our homemade recipe”) was most popular.  Never one to turn down chicken and dumplings, I went with that.  Since I live in the South, when I eat chicken and dumplings I’m expecting to taste creamy sauce, chicken, and butter coming through with a bit of salt along the way.   In a more Midwestern version of this dish you expect salt and pepper to come through in a more noticeable way.  This dish fit the Midwestern style a lot more closely than the Southern style.  You couldn’t miss the pepper in this one.  People for whom pepper is an essential addition to much of what they eat will likely love this dish.  Those who, like myself, aren’t the biggest pepper fans should shoot for something different. 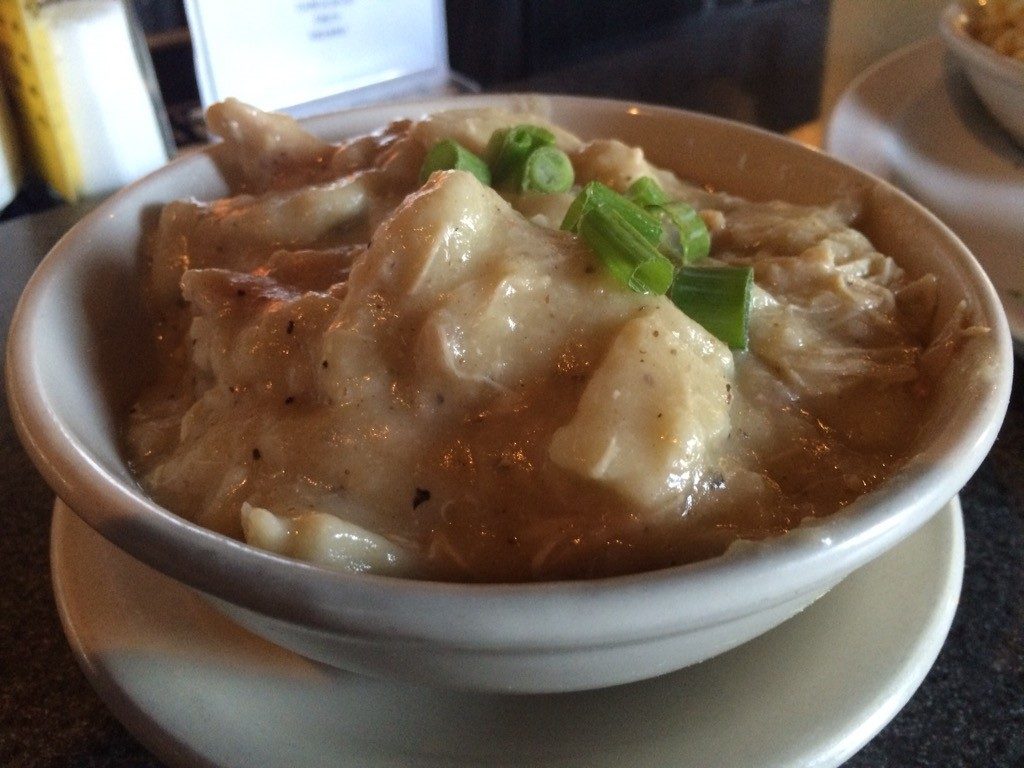 All entrees at dish are served with one side, a biscuit and a deviled egg included.  The deviled egg was a decent representation of one of the greatest Southern delicacies.  A hint of mustard came through but nothing too notable jumped out at me in this one.  It won’t blow you away but I doubt you’ll be disappointed either.  The biscuit was legit.  Flaky with a hint of butter and a hint of honey.  You might not write home about it but if you don’t enjoy it you need to leave the South.  Next up were the sides.  First up was the Mac n cheese.  It was a solid Mac n cheese: simple, creamy, and cheesy just like it should be.  The mashed sweet potatoes were the next bite.  They had good flavor but were honestly a bit dry.  Also, there was a string of cheese across the top of them that clearly came from another side of some sort.  That obviously wasn’t the most appetizing visual.  The last of the sides we sampled was the smokey limas.  These were legit.  The smokey flavor was apparent but not overwhelming.  The cream/sauce they were smothered in was delicious.  Think of these as the lima bean version of creamed corn.  You’ll love it! 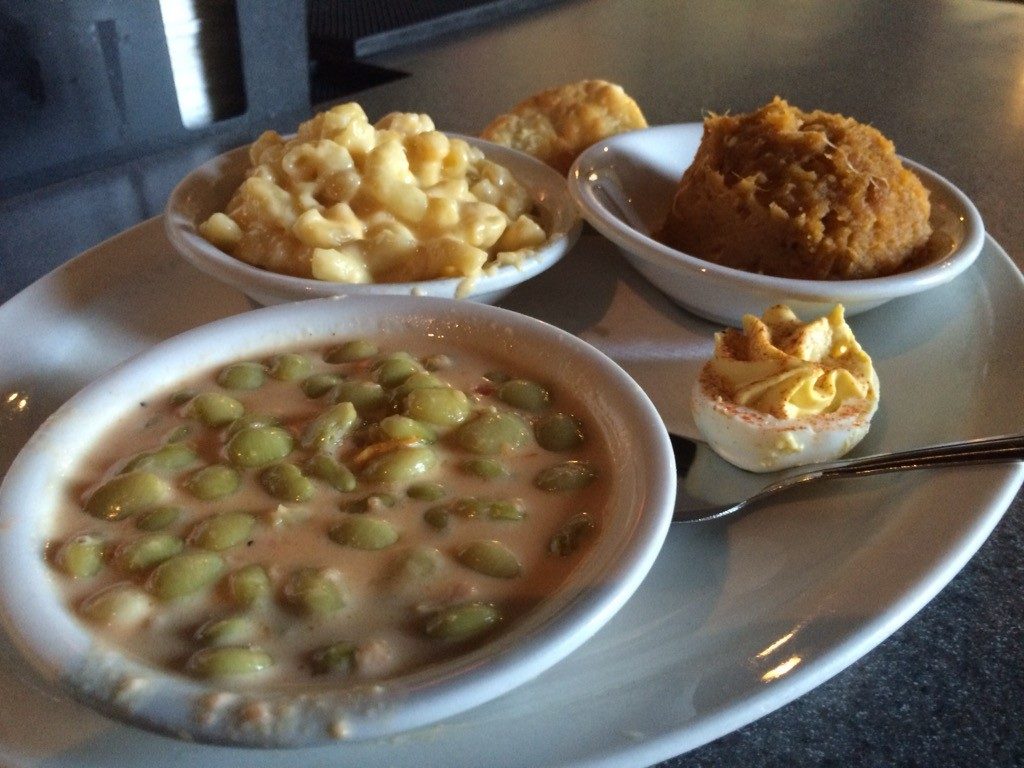 For dessert we tackled the banana pudding ($3.99).  Holy cow!  I don’t think I’ve ever seen this large a bowl of banana pudding served for one person ever.  Over this beautiful bowl of goodness was a generous smattering of housemade whipped cream and the requisite vanilla wafers.  The housemade whipped cream was wonderful, but the banana pudding was just too sweet for my taste and I LOVE ultra-sweet desserts.  My friends joke that I’d eat a bowl of sugar with a spoon.  I think that makes this pudding too sweet for everyone’s taste.  They should tone down the sugar.  Pick a different dessert.

Service at dish was exactly what I hope for in a Southern restaurant.  It was caring, attentive, and extremely friendly.  In a restaurant where I knew no one, I was made to feel like I belonged.  This sort of hospitality seems to be something that many restaurants have forgotten these days.  In a world where so many often feel lost and uncared for, we need more spaces for people to go that show the sort of love that the folks at Dish do.

If you’re looking for a decent home cooked lunch or dinner Dish is a good choice.  The food is pretty decent and you can’t beat the price.  Nearly the entire menu is $10 or less!  Their staff will make you feel genuinely cared for and the environment is a calm, friendly place to relax at lunch or unwind after work.